Concepts Immigration Emigration Terms and Meanings
The concept of "migration", like other similar terms, is often used in the wrong sense. In this article, we will try to understand its possible types and causes of this phenomenon.

The concept of "migration", like other similar terms, is often used in the wrong sense. In this article, we will try to understand its possible types and causes of this phenomenon.

The term "migration" describes a common phenomenon - a collective move to change the place of residence temporarily and permanently.

It is possible between several countries or directly within the country itself - for example, from a small village to a large city. This type of movement is called internal.

Migration includes the act of moving a group of people or an individual person alone. To migrate means to change the territory of your location. A migrant person is usually referred to as a migrant. The concept of "migration" consists of two separate terms - emigration and immigration. 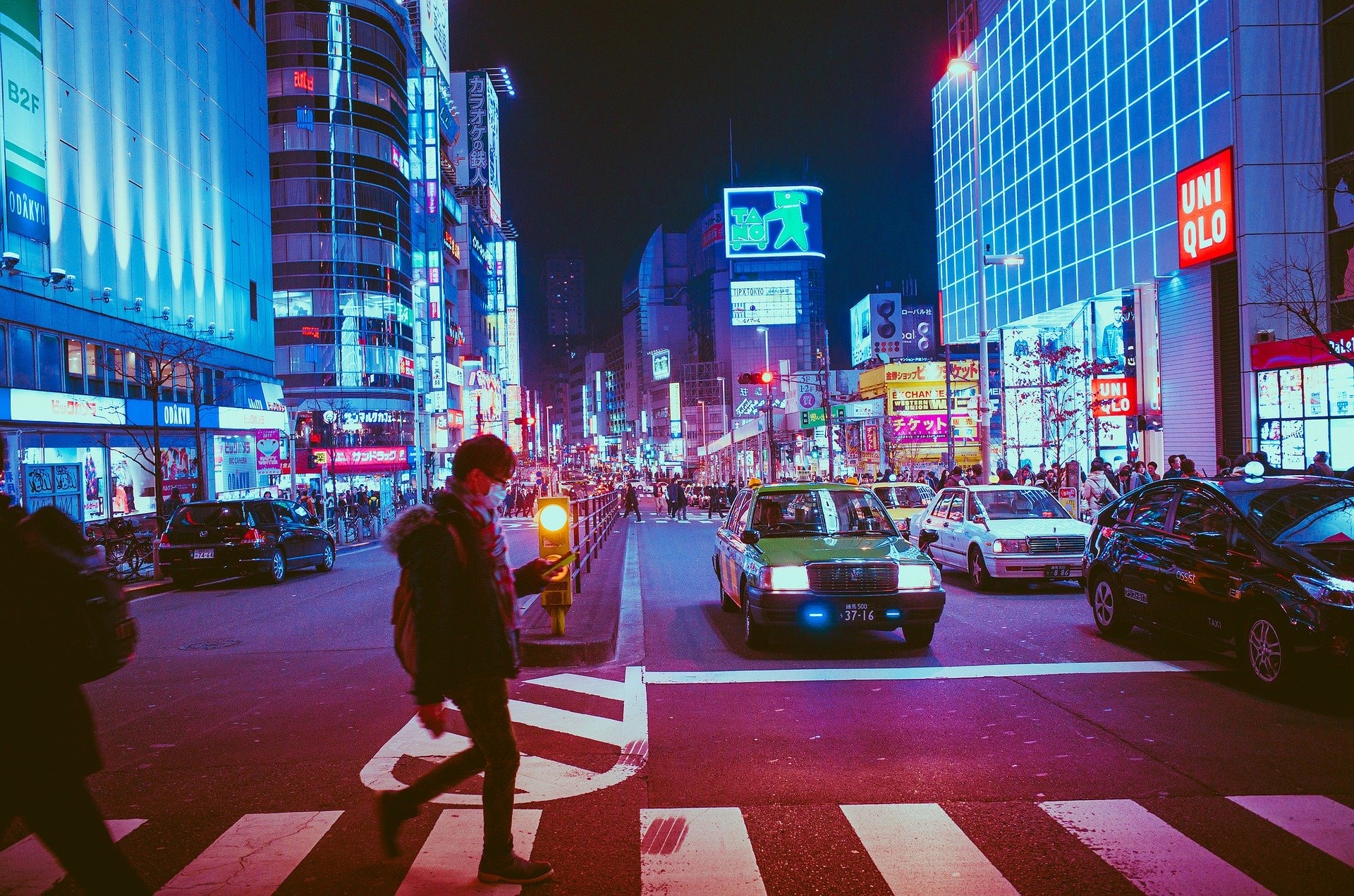 Possible consequences of emigration and immigration can be the following events or causes:

- Changing living conditions to better ones (an area with a more developed infrastructure, a level of social protection, more tolerant people, a greater variety of entertainment services offered);

- The desire to find the best option for employment and personal professional realization (means employment for a position with high wages, suitable and comfortable conditions for fulfilling professional duties, protection of labor law, the presence of a large number of offered vacancies);

- Changing conditions due to health problems (the desire to be able to receive high-quality medical care, free access to rare medical services, not so expensive treatment, getting an opportunity to treat rare and incurable diseases, changing climatic conditions for the same reason);

These types of migration are distinguished based on the reasons that they are forced to resort to it: political, economic, labor, religious, environmental, social, cultural and military migration.

The phenomenon of moving is divided into many varieties and based on many characteristics.

Let's discuss some of the main types

- Migration by direction is classified into internal and external migration.

The first type means movement in the territory of your own country. Previously, this was often the result of industrialization and urbanization.

External migration characterizes the move from one's own country for a huge number of different reasons that do not depend on the person himself.

According to the UN in 2017, the most frequent destination for collective migration is Mexico-USA.

- The migration process can also take place by force or at personal will.

For collective and well-planned forced resettlement, there is a separate concept - deportation.

As a rule, deportation takes place during a period of repression or war. Moving from hot spots, an ecological disaster is also violent, although a person is not required to leave the scene of events without fail.

Also, such a move may be the result of repatriation, which literally characterizes the process of a person's return to their homeland. As a rule, they talk about it if they mean the movement of emigrants, refugees, prisoners of war or displaced persons.

Personal migration occurs on personal initiative, and not through violent intervention, an expression of a desire to change their place of residence, hoping to improve their standard of living, receive some benefits and new opportunities.

- Migration, depending on the period, can be temporary and permanent.

Temporary migration occurs when a country is going through difficult times: war, environmental or man-made disaster.

The reason for this type of migration may be the need to safely ride out the hardships.

Migration means permanent relocation and the absence of plans for a further return.

Migration can be legal or not.

In the first option, a person legally crosses the border and has every right to live freely in the territory of another country. In addition, he adheres to the rules of life, learns the language and receives the necessary documents: a residence permit or the status of a citizen.

Illegal migration, as a rule, occurs as a result of illegal border crossing and / or unwillingness to comply with the rules of residence in the territory of another country. Typically, this is a solitary activity or may involve small groups.

- Migration in relation to the state can be called immigration and emigration.

The first concept means the move of a person (team) from their own territory to someone else's in order to change their place of residence for various reasons.

The second concept characterizes the movement to someone else's territory.

This concept characterizes the entry of foreign citizens to stay for a period or permanently in another country.

In short, the effect of immigration can be described as a desire to improve life, which can be associated with completely different reasons.

If we talk about the percentage according to the criterion of the number of immigrants, the first place is taken by countries such as Switzerland and Luxembourg - 29% and 46% of residents.

The most common types of immigration are labor and business immigration.

The first type of immigration is also called professional. It implies the entry of a person into the territory of another country to obtain the possibility of further successful employment.

There may be several reasons for a person to make a decision to immigrate: low wages at home, insufficient number of offered and worthy positions, lack of opportunities to implement their labor skills in their country, obtaining opportunities for free living and employment in the country of the best conditions and quality of living.

In addition, the aspiration and prospects of labor immigration are significantly influenced by the knowledge of the language of the country, the presence of a positive desire of the employer or the country to promote employment, a high level of education, as well as the status of a "scarce" profession in the acquired profession.

Immigration to build a business

In order to significantly increase the number of such immigrants, most countries provide the opportunity to participate in various programs. Some of these programs are programs for obtaining the economic status of a citizen, reducing the level of tax obligations, providing assistance to the state in order to create a person's own business.

In addition, a large number of wealthy people make a choice in favor of immigration to build a business, as an excellent option for diversifying their own assets and an option for obtaining a "fallback" option, which can be considered permanent residence, residence permit, as well as obtaining the status of a citizen of another country.

This concept has the opposite meaning to the concept of entry and can occur on the basis of the territory of another state. Based on this, absolutely any person who has a desire to change their location and residence is immediately an immigrant and an emigrant.

In the case when a person left the territory of Mexico and moved to the territory of the United States, for America he is an immigrant, and for Mexico - an emigrant. The reasons for emigration may be the following - an insufficiently high level of quality of residence, a real opportunity to obtain a desired and decent higher education or employment with high wages exclusively abroad, political or for other reasons surveillance, protest against politics on the territory of their own country, war.

In percentage terms, the largest number of emigrants is in countries such as: Cape Verde, Albania, Bosnia and Herzegovina. For example, for two citizens of Bosnia within Bosnia itself, as a rule, one falls on the territory of another country. A third of the nation of this country are immigrants.

What kind of immigrants different countries are ready to accept

Absolutely every country, without exception, is ready to accept people, but since people themselves can also be different, this phenomenon has both positive sides and vice versa.

It is for this reason that most countries adopt migration laws and introduce quotas.

But labor and occupational immigration can also bring benefits - especially economic ones.

The governments of all countries are doing everything possible to attract educated, qualified specialists, and especially those who have rare professions.

Certain countries provide an opportunity for people to migrate and build their own business.

The state provides people with visas, creates programs for obtaining the status of a citizen for financial investments. Particularly wealthy foreign citizens have the opportunity to accurately count on the possibility of obtaining a residence permit, permanent residence, or a document to confirm identity in exchange for an economic investment. The probability of getting a positive answer in this case is always very high.

To do this, it is worth paying the fee and submitting all the necessary papers, paying the state fee and the fee itself. The price for the opportunity to obtain such a citizen status will be from $ 100 to 200 thousand in the Caribbean and € 2.150 million in Cyprus + expenses associated with bureaucratic procedures.

Having paid the indicated amount of money, a person, together with his family members, will have the right to use all the advantages and benefits of having a document to confirm his identity in the territory. At the same time, the state can use the funds received to develop its own country and improve the level of the economy.

Migrants who pursue the goal of building their own business, as a rule, do not require a high level of knowledge of the language and constant stay in the territory of their new place of residence. These include completely different conditions: the presence of a legitimate source of funds for investment, the presence of a good work and personal image and reputation, the complete absence of any difficulties with the observance of the law in the past.

In general, migration is a rather broad term that includes various types of collective temporary or permanent movement to the territory of another place of residence. The main goal and motivation that migrants pursue are personal safety, the desire to improve their own standard of living, prospective employment, education and business ownership. With regard to a certain country, migration is divided into two types: immigration - the entry of foreign citizens into the territory of the country, emigration - their departure from the country. The most famous route is Mexico – USA. As a rule, countries show the greatest interest in labor, professional and immigration in order to build their own business, since in this way there is a huge probability of attracting intelligent and experienced professionals in their field and, as a result, large sums of money.