Dominica The Caribbean Island
Dominica is known as the “Caribbean Island of Nature” due to its stunning natural beauty. The island is covered with dense tropical forests, alternating with majestic mountain peaks, cut through nearly three hundred rivers with countless waterfalls. Here is the thermally active lake, the second largest in the world. 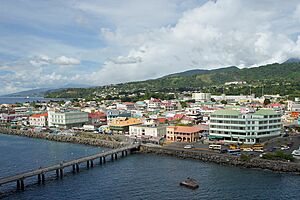 Dominica is an island nation located on the border of the Caribbean Sea and the North Atlantic Ocean. The closest neighbors are Puerto Rico and Trinidad and Tobago. You can get to the island from the USA and Europe, and there are no direct flights to the island; short transfer takes place at the airports nearest to the island.

Since the right to domination over Dominica was constantly disputed between England and France, along with English, the island’s patois, a mixture of simplified French, African, and Caribou-Arawak dialects, is widespread. Attempts by the colonists to gain a foothold on the island were accompanied by a mass extermination of local tribes and their replacement by slaves from Africa. Therefore, at present, the overwhelming majority of Dominicans (87%) are representatives of the Negroid race, among which it is sometimes possible to meet mulattoes (9%). The number of indigenous Caribbean Indians is very small - 3%, they live in reservations on the east coast. The white population is extremely small - only 1%. The total population of Dominica is 72 thousand people, most of whom are Catholic.

Why do tourists come to Dominica?

Wild untouched nature - this is what attracts a metropolis resident who is tired of civilization. The purest water, the richest flora and fauna - Dominica is ideal for practicing fishing and diving, and the nature park Morne Trois-Python, spread over an area of more than 7000 hectares on the mountain of the same name, is the best match for nature.
The authorities of Dominica welcome the so-called economic immigration. That is, the investor receives indefinite nationality of the country without restrictions on accommodation. The funds invested in the island’s economy pay off with a number of advantages:

The advantages of a Dominican passport for yachtsmen and seafarers

Since Dominica is deservedly considered a paradise island in the Caribbean, many private boats and yachts moor to it. Water transport owners visit the island to admire the wondrous nature and try their hand at active tourism.
For mariners and yachtsmen, registration of Dominica citizenship will only benefit. The passport of Dominica will be a pass to the territorial waters of neighboring countries: the islands of the Caribbean, Great Britain, Ireland, Hong Kong, the Philippines and others. The passport holder of the Commonwealth of Dominica is allowed to visit these countries without a visa. This is undoubtedly convenient if you are going to visit the archipelago, where the nearby islands are under the jurisdiction of different countries.
Saving time and money on settling visa issues is the main advantage of a Dominica passport for seafarers.

Advantages of a second passport of Dominica 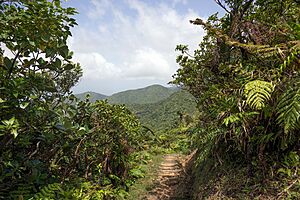 As it has already mentioned, the citizenship of Dominica provides priority visits to a large number of countries without delay, accompanying the visa application. However, many receive a Dominica passport for less pragmatic reasons. Typically, this citizenship is issued as a second, and the applicant is not going to give up his main homeland; however, it is not required from him.
Here are the typical reasons for obtaining a second passport of Dominica:

Opportunity to conduct trade and economic activities in CARICOM

CARICOM is a trade and economic union of the countries of Central America. In addition to Dominica, the members of the alliance are 14 more countries of the Caribbean. For members of the union there are no customs barriers, as well as quantitative restrictions on export-import operations. The countries have a common trade, financial and agricultural policy. There are no restrictions on the movement of people, goods and capital between countries.
For a citizen of the Commonwealth of Dominica, this situation is very beneficial because it allows you to conduct business, not limited by strict standards, in any country of the CARICOM community.

Visa free regime with the countries of the Schengen zone

In May 2015, an agreement on visa-free regime was signed between the countries belonging to the Schengen zone and the Commonwealth of Dominic. Under the terms of this agreement, citizens of Dominica are granted the right to stay in the EU for 90 days over a period of 180 days. After every 180 days, you can again visit the European Union, staying there for another 90 days. Therefore you should not question the value of the passport of Dominica.
It should be noted that the introduction of a visa-free regime on the part of the EU preceded a thorough analysis of the indicators achieved during the implementation of the Dominica Economic Citizenship Program, the security of passport forms, as well as changes in state legislation. The approval of the agreement by the Schengen community speaks about stability in the economic and political spheres of Dominica. This is a recognition of the country's high degree of security for visiting, living and running a business.
On our website you can find a program for obtaining a passport of Dominica. Its peculiarity is the absence of requirements for living and education or management experience, the presence of children under 25 years old, the absence of taxes for non-residents and other non-burdensome conditions. Among the options for acquiring a passport of Dominica are offered: investments in the national development fund, investments in real estate.
Rate this article:
Average rate: 3.3. Rates count: 6