The program, launched in 1984 and allowing citizenship of the state of Saint Kitts and Nevis, was taken as a basis for passport systems by other states of the Caribbean region. The essence of this program is “citizenship for investments”: in exchange for financial investments in the development of the country, the possibility of obtaining citizenship is offered. This way of supporting the economy proved to be very effective, thanks to investments, the spheres of alternative energy, education, culture, medicine, tourism, etc. began to develop successfully.

WHAT IS SAINT KITTS AND NEVIS 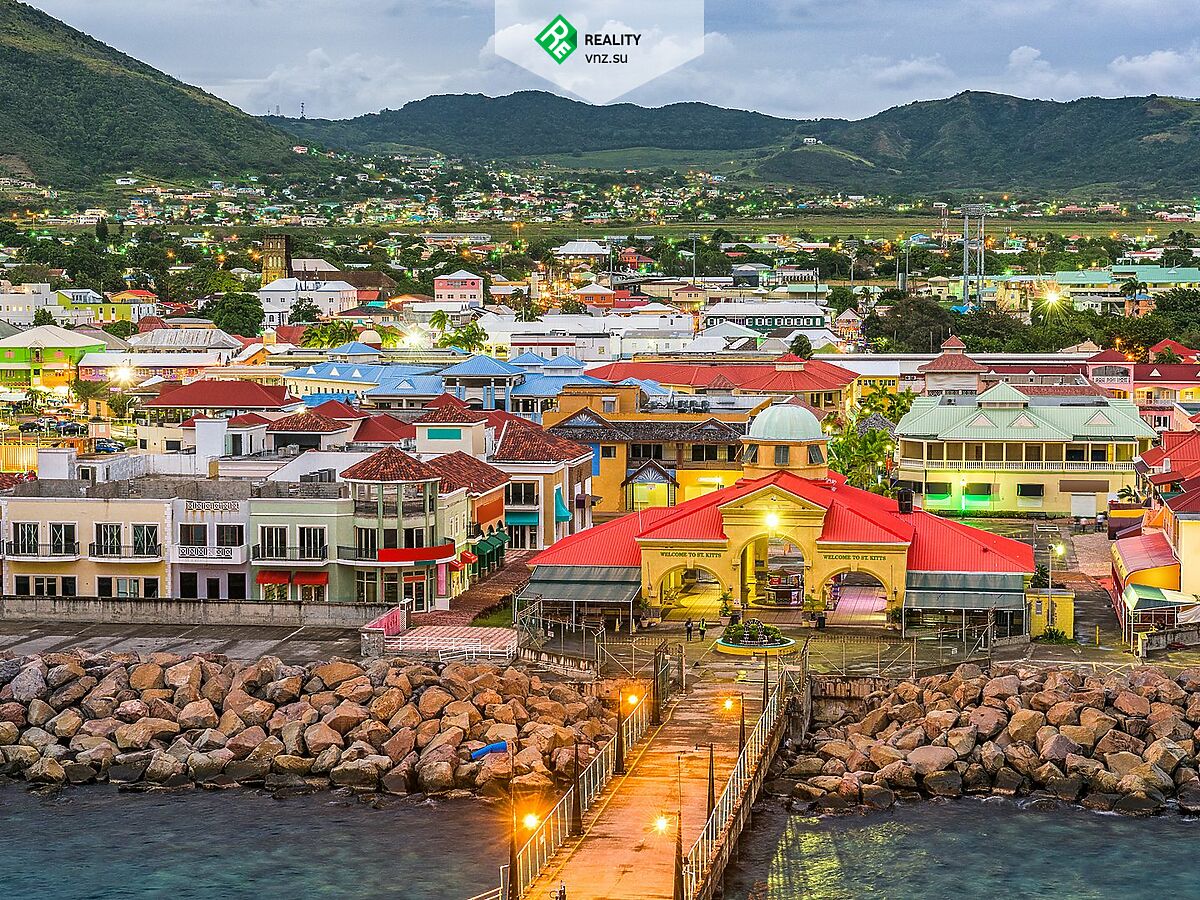 In the Caribbean near Cuba and Haiti runs a series of islands. Two of them - Saint Kitts and Nevis - form the state of the same name. In the western part of the planet, this federation is the smallest state in terms of the number of inhabitants inhabiting it and the total area.
On the islands lives a little more than 50 thousand people.
The area of St. Kitts and Nevis is 168 and 93 sq. Km, the capital of the state of Baster is located on the island of St. Kitts. The capital of the federation is a developed center of culture, fashion and business.
At the end of the 15th century, the islands were discovered by Columbus, and in the 17th century became a British colony and only in 1983 gained independence.
One of the factors of long-term influence of the UK was the recognition of official English.
The main monetary unit is the East Caribbean dollar, the rate of which is 2.7 against the American one.
The core of the economy are tourism and agricultural production. Since the days of colonial dependence on Britain, sugarcane, cotton and coffee have been grown here.
Due to the comfortable climate, beautiful beaches and the beauty of the local nature, created as a result of volcanic activity, the state is a point of attraction for tourists and travelers, thanks to which the tourism industry has received considerable stimulation.
The tax policy of the state offers business very favorable conditions. The opportunity to obtain citizenship opens up broad prospects for international business and visa-free travels in 130 countries.

WHAT THE ECONOMIC CITIZENSHIP IS?

OBTAINING THE PASSPRT IN EXCHANGE FOR INVESTMENTS

Sugar production for a long time formed the basis of the country's exports. One day, a lurching revenue item almost brought the state to the brink of a financial crisis. Therefore, the so-called Sugar Fund (Sugar Industry Diversification Fund) was created, whose task was to attract foreign investors for the economic recovery. In return, the state accepts an investor in the ranks of its citizens.

TO ACQUIRE A REAL ESTATE AND BECOME A CITIZENSHIP

A foreign citizen can buy property, but only from among those authorized by the government. The new owner can rent the acquired property for rent, thereby making a kind of contribution to the development of the tourism industry.

COSTS FOR OBTAINING THE CITIZENSHIP

The cost of citizenship of Saint Kitts and Nevis may be different depending on the option of obtaining it: a charitable contribution or the purchase of real estate.
In addition, there are costs for checking the credibility of the candidate, government fees and passport fees.
Rate this article:
Average rate: 4.0. Rates count: 4
All articles