Vanuatu. What is Vanuatu?

Vanuatu. What is Vanuatu?
Vanuatu Island is not among the most popular travel destinations. However, this small country has many features that may be of interest to people involved in tourism, diving and financial investments.

Vanuatu Island is not among the most popular travel destinations. However, this small country has many features that may be of interest to people involved in tourism, diving and financial investments. This article will tell you what Vanuatu is, describe the position of this state on the map, and also introduce you to its capabilities. 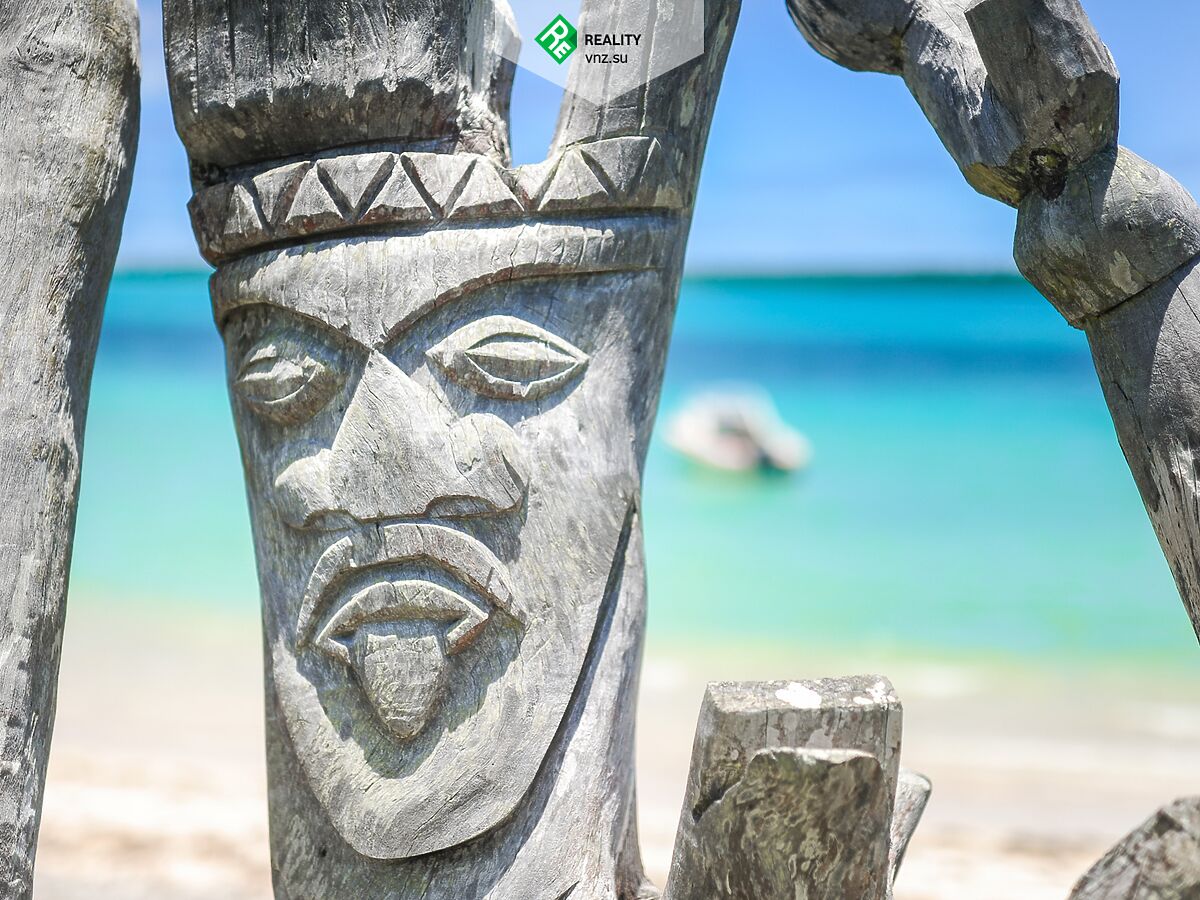 Geographical position of the republic

What is Vanuatu? This country is a collection of islands in the shape of the English letter Y. Vanuatu on the map is located on eighty-three island elements, which are located in the New Hebrides archipelago. It consists of 60 small and 14 large land areas. The main ones are Espiritu Santo, Tanna, Malacula and Efate. The northern island of Vanuatu on the geographical map of the world is Hiu, and the southern one is Aneityum. Of all land areas occupied by the country, two-thirds have a population. Mostly small islets are inhabited. On the map, all Vanuatu islands belong to the "Pacific Ring of Fire". The State of Vanuaty is located in Melanesia.

Vanuatu on the world map is located near the South Pacific and the eastern zone of the mainland Australia. The country borders the Solomon Islands to the north, New Caledonia to the south, Fiji to the east, and Australia to the west. The map shows that Vanuatu has maritime borders with all of the listed countries. The length of the territory from north to south is 1300 km. The length of the coastal zone is 2528 km. The area is 12,190 sq. Km.

The map of Vanuatu shows that the capital of this country is Port Vila, and the largest city is Luganville.

How to get to Vanuatu?

You can arrive in the country of Vanuatu by air and sea. Many tourists get there by boat. The road from the CIS countries to Vanuatu takes more than a day.

Arriving in the country, planes with passengers land at Bauerfield Airport. Flights from neighboring Pacific islands stop at the same place.

The second airport, White Grass on Tann, accepts only small and medium-sized turboprop aircraft. And Santo Pekoa in Vanuatu acts as an additional node of the transport system. Although it is also considered international.

There are 31 airports in the Republic of Vanuatu, but only three of them have a hard surface.

And to move between the neighboring islands of the country, you can use a boat or small sea vessels.

Why Vanuatu is interesting for tourists and divers?

Volcanoes are one of the main features of the island of Vanuatu. In addition, the local nature is distinguished by its virginity and exotic appearance. It belongs to the volcanic type.

The country is characterized by a humid tropical climate. The wettest month here is February, and the driest month is August or September. The winter season lasts from May to October, and the summer season from November to April. Average daytime temperatures range from 21 to 33 degrees.

A tourist who decides to visit Vanuatu needs to be prepared for the fact that earthquakes often occur in this country. Every year, about 1000 powerful vibrations of the earth's crust are recorded here. And the last earthquake happened in January 2021. This natural disaster in Vanuatu recurs every few months.

One of the significant attractions of Vanuatu, the Yasur volcano is located on the island of Tanna. Its eruption occurs every few hours. Moreover, tourists, if desired, are allowed to climb this amazing volcano. Its height above sea level is low. It is 361 m. It is best to watch a volcanic eruption in the evening or at night. At this time, it looks especially beautiful.

And on the island of Malekula, interested tourists can find ancient megaliths. On about. Eromange travelers have the opportunity to see sandalwood trees that have survived from ancient times to the modern era. And on about. Efata has many beautiful waterfalls, cozy quiet lagoons and an unusual network of coral reefs. There is an underwater post office not far from this island. It is the only one in the world. When diving to the proper depth, you can send a letter to family and friends, having previously sealed it in a waterproof envelope.

Divers can find many sunken ships and other items of military equipment from the Second World War at the bottom. They remained as a result of military action by American soldiers. These findings are located near the coast. They can be very useful subjects for research.

In the capital of Vanuatu, there is an opportunity to see historical sights and visit modern casinos.

And throughout the country, tourists can admire the mountains, underwater and underground caves, and tropical forests.

What is important for investors to know about the Vanuatu economy

Vanuata was recognized as an autonomous state relatively recently - in the 80s of the twentieth century. But, despite this circumstance, the country is not lagging behind in economic development.

Vanuatu's economy is built on income from tourism, fishing, livestock, agriculture and foreign investment. Postage stamps are an equally important source of income. They are of interest to many local and foreign philatelists. Therefore, the economic sphere of the island is developing rapidly, despite the isolation of the situation. The most developed areas of Vanuatu are considered to be business and banking.

Much attention is paid here to the tourism sector. Tourists are attracted by the opportunity to see active volcanoes and other attractions. In addition, residents of Russia and some other countries do not need to apply for a visa to travel to Vanuatu. For this reason, travelers choose this country to visit.

In 2020, during a pandemic, Vanuatu's borders were closed. This helped to avoid massive infection of the population. In this country, only one case of coronavirus infection has been reported. Therefore, there is no danger of COVID 19 infection for tourists here.

The banking system is represented here by four banks. Among them are two local and two foreign. They are supervised by the State Reserve Bank. The local currency is cotton wool.

Since 1971, liberal financial legislation has been in effect in this state. The offshore zone was declared free in the same year, but at the same time it is under strict government supervision.

Many investors prefer Vanuatu to other countries because of tax optimization. Also for investors and bankers in this country there is the possibility of opening their own bank or offshore company. For legal entities, such a solution will be more profitable than doing business in their home country.

The advantage of the low visibility of the offshore sector in Vanuatu is that the regulators of the major powers rarely pay close attention to it. This circumstance ensures a high level of confidentiality and security.

An important feature of the country of Vanuatu is the absence of corporate and income taxes. For individuals, there is no need to allocate funds from their budget to pay taxes on wealth, inheritance or the export of capital. Also, Vanuatu has a fairly low VAT rate. It is 12.5%. In this country, even large international companies are exempt from all taxes in the first two decades of their existence. They only need to pay an annual fee.

The form of government in the Republic of Vanuatu is parliamentary democracy. Here presidential elections take place every 4 years.

Vanuatu's previous president, Baldwin Lonsdale, passed away in the summer of 2017. During his tenure in power, he did many important things for the country. In 2015, he managed to rally his people during a cyclone. In addition, he took an active part in resolving the corruption conflict that occurred within the government.

21 days after the death of the previous ruler, Tallis Obed Moses was elected to this post. He belongs to the Vanuaku party.

In the spring of 2020, Vanuatu changed its prime minister. This position is currently held by Bob Loughman.

In the fall of 2017, information appeared that Vanuatha would be one of the first states to sell citizenship for bitcoins. But later the government denied this news. Then they said that payment for obtaining a local passport is still accepted only in dollar currency.

However, many experts are confident that Vanuatu can make such changes in the future. After all, bitcoins are more transparent and secure than any traditional currencies. In addition, it will be easy to find out their origin and track all previous operations performed. It is also possible that such a step could increase the number of clients wishing to apply for Vanuatu citizenship.

Vanuatu has the most attractive conditions for obtaining citizenship. The option for issuing a passport here is perfect for those who do not have the opportunity to wait long for the completion of the procedure. Only in this country it can be issued for investments in the state fund. The advantages of a local passport are as follows:

prompt registration. It takes 1 to 2 months;
a small fee for the implementation of the procedure. It is equal to 130,000 dollars.
If you take into account the cost of due diligence and the amount of government fees, then the final check is $ 202,000;

if you have Vanuatu citizenship, it becomes possible to visit 129 countries of the world without prior visa processing. Among them are Australia, Great Britain, Singapore;
optimization of tax expenses;
no need to visit Vanuatu to obtain a finished document;
suitable environment for profitable business;
permanent residence in the country is not required to obtain citizenship;
the ability to open an account or register an organization for a new passport.
To acquire citizenship of Vanuatu, there is no need to study local languages ​​or thorough knowledge of the history of the country. For its registration, the investor must make a contribution to the specialized state fund of the country in the amount of 130 thousand dollars. But you need to remember that it is non-refundable. Citizenship of Vanuatu is available to persons over 18 years of age with no criminal record. In addition, a person's bank account must have at least $ 250,000.

The island of Vanuatu is attractive to tourists for its local untouched nature, active volcanoes, sandalwood trees, coral reefs, clean waterfalls, underground caves. There is an excellent opportunity for investors to obtain citizenship and in the future register their company, open a bank account, and start their own business. At the same time, there will be significant savings in income due to the absence of the need to pay taxes. And fans of diving in Vanuatu have a unique opportunity to research American warships and other equipment since the Second World War, as well as visit underwater caves.