INSTEAD OF OFF-SHORE COMPANIES

Every company is required to pay taxes. Tax planning is part of the work of each organization. However, many do not know how to legally optimize tax payments. However, there are ways, and they help many companies. One of these ways - offshore companies. Unfortunately, recently, the use of offshore companies has become problematic due to increased interest from the tax side and a bad attitude to all schemes with offshore.

However, there is the option of creating a European company in the state of the “white” list and using this company as an offshore harbor, on fully legal grounds.

Estonia is open to foreign capital. This makes it very convenient for solving many problems: protection of assets, reduction of tax payments, acquisition of European assets on a common basis, access to the European market on behalf of a European entity, etc.

Estonian organizations can obtain a European EORI number and a VAT number.

Since 2000, the profit tax in Estonia has been 0% if the company's profit has not been distributed. It does not matter in which country the profit is received, it is not possible to collect tax from it. The profit is reinvested and applied to the business of the organization, for example, is used to repay the loan. Taxes are not charged and there are no fiscal payments until the profit are directed to dividend payments.

Also, the founder of an Estonian company may be a legal entity. This makes registration easier and makes it possible to use the company for profitable tax planning.

The banking system in Estonia is highly developed and allows you to create any multicurrency accounts, escrow accounts, receive any types of bank cards. In addition, many banks provide the services of personal banking managers. Even in Russian. 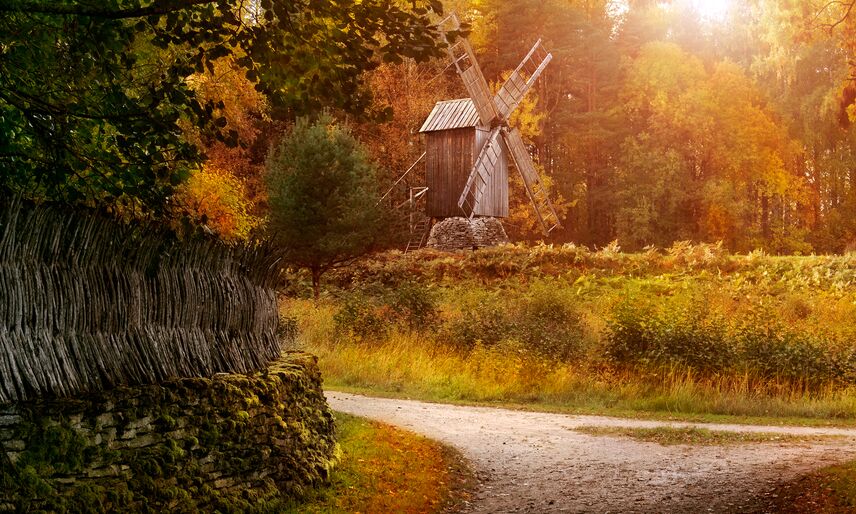 Cost of company registration in Estonia:

The heavy burden of tax liabilities often causes business failures and problems with regulatory agencies. Once and for all the difficult issues will be resolved by registering a company in Estonia - a country from the “white list” of states where the conditions for legal business are created.

The main advantage of opening a company in Estonia is the reduced to 0% tax rate on retained earnings. This is beneficial if the proceeds are not sent to payments to individuals (for example, shareholders in the form of dividends), but to finance their own economic activity - loan repayment, etc. This attracts novice businessmen and entrepreneurs with many years of experience. 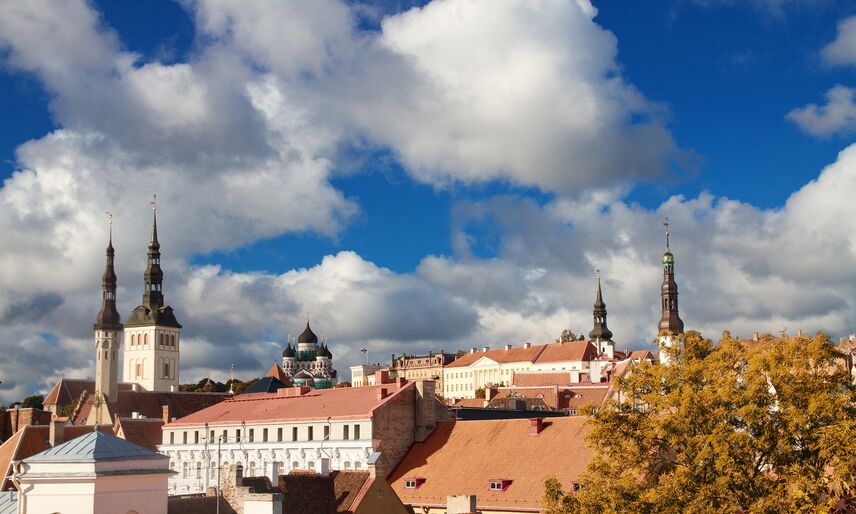 Estonia: why should you open a company here?

Estonia became a member of the European Union more than 10 years ago (in 2004) and during that time has established itself as an attractive offshore, but not in its pure form.

The fact is that due to the keen interest of the tax authorities to offshore companies and their schemes of work, many entrepreneurs began to think about legal ways to reduce the tax burden. And Estonia turned out to be the economic zone where the registration of the company was a good solution to the problem. It has become possible to conduct business with minimal tax obligations, avoiding intermediary services in the sale of goods and products in the European Union.

Companies in Estonia most often are used: 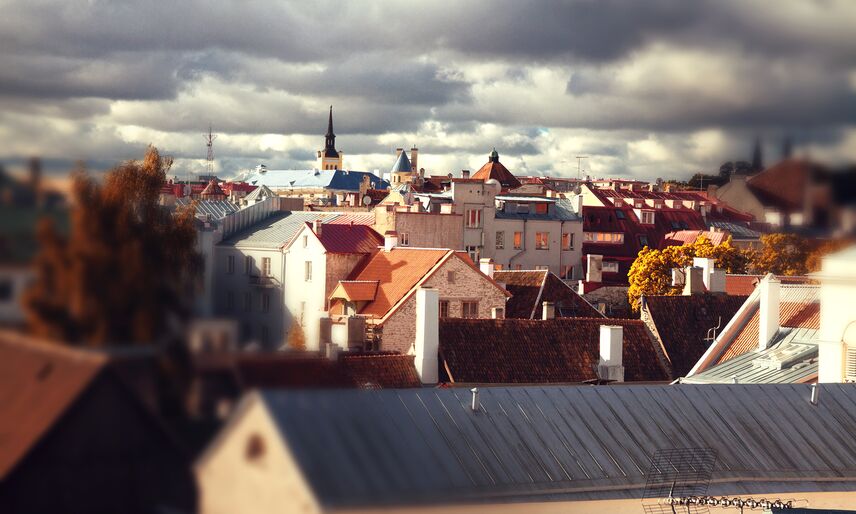 The Estonian tax system in its key points is similar to the systems of other European countries. Its main advantage is the absence of the income tax itself, if it is not distributed directly (dividends) or indirectly (in the form of material benefits to the owners and employees of the company).

If the profit is distributed, then the tax is 25% of the amount. If the owner is a resident of a state with which Estonia has an agreement on avoidance of double taxation (including Kazakhstan, Belarus, Ukraine), the rates will be different.

For firms that are not exempt from paying VAT, the number of payments is 20%.

When exporting goods produced in Estonia, the tax rate is 0%. This tax was introduced in 2000. It is important to understand that:

When selling goods or providing services outside of Estonia, the company is registered on its territory and is not subject to VAT. The same rule applies to the sale of products throughout the European Union and the customs territory.
Separately, we note that the citizenship of employees of a company opened in Estonia also affects the amount of tax. If cadres have Estonian citizenship, the social tax is 33%. If employees are not residents of the country and work outside it, then the tax is 0%.

Company registration in Estonia. WHAT IS BENEFIT?

IMPORTANT! You can open an account in an Estonian bank only if the company cooperates with Estonian counterparties in the country.

Since 2016, the “black list” of offshore jurisdictions with which transactions were subject to income tax has been abolished.

The opportunity to acquire ownership of vehicles in Estonia without paying VAT (or returning 10-20%) or real estate.

If the company does not have a VAT number and has not accrued staff salaries, it is not necessary to submit reports to the Tax Department.

The maintenance of the company will not exceed 600 euros per year.

Paying taxes allows you to use free medical care and rely on a pension that Estonia will pay.

The possibility of obtaining a residence permit by the owner of the company in Estonia or a member of its board.

Marking on manufactured goods “Made in the EU”, which means increased customer demand because the European Union and quality are inseparable concepts.

As you can see, there are enough advantages from registering a company in Estonia. Having the usual features of offshore, such organizations operate in Europe and successfully conduct business.

Opening a company in Estonia: what do you need to know?

To become the owner of an Estonian company, you can either organize a new company, or acquire an operating company.
One common form is a limited liability company, or OU. Its key advantage is that during registration no fixed capital is needed. But declare it (at least 2500 euros) is necessary. After that, within 3 years the founder (or founders) must create the declared capital.

Option 1 - registration from scratch. Suitable for Estonian citizens or its residents, as well as people with an Ai-di card.

Option 2 - the purchase of a ready-made company with a registered capital of 2500 euros. This path is designed for non-residents of the country. This way you can open a company remotely.

To make a purchase legally, you must provide the scanned pages of the director and founder of the passport, and specify the following information:

After registration of all papers, the owner receives a package of documents, which include:

After successful registration, the company can start work. Opening a company in Estonia is a good way to improve financial condition on legal terms and expand the area of operations. European manufacturers are more willing to cooperate with organizations from the European Union than from Russia and the CIS countries. And the “Made in the EU” stamp will open the way to the hearts of customers and increase sales profits.

Basic information on Estonia:
Capital
Tallinn
Population
1 286 000
GDP for each person
25 161 USD
Profit tax
0%
Personal income tax by profit distribution
21%
Uniform social tax on salary
33%
Dividend tax
0%
The specialists of our company will be glad to offer you the whole range of services and consultations on optimization of your company taxation and to find the proper solution of your problem.
+7 91500070 20
+7 910 0007020

Most Frequently Asked Questions and Answers:

What form of company management organization to choose for registering a business and opening a company in Estonia? What is the most popular form of organization?

According to statistical indicators, the majority of foreign entrepreneurs registering a business in Estonia prefer such a form of management organization as “Private Limited Liability Company”. In Estonian, this company format is called "Osauhing", abbreviated "OU". This form of organization is the most common choice among foreign businessmen and residents of the country. According to official statistics, companies in Estonia, in most cases, are formed precisely in accordance with this form of organization.

Do I need to make a personal visit to the country and its tax authorities for the official registration of the Firm in Estonia?

Today, Estonian legislation allows foreign businessmen to carry out the official registration of companies with various forms of management in a remote format. You can use this opportunity on the basis of a power of attorney from the owner of the future organization. Naturally, for the implementation of all relevant procedures, you will need a person who is in the country in accordance with legal grounds, and is ready to do this work. A company in Estonia can be organized without the personal participation of its founder.

Do I need a business license when registering a company in Estonia?

According to current Estonian law, a business license is a document that allows businessmen to operate in strictly designated industries and areas of profit. Naturally, for such enterprises, taxes in Estonia will be calculated according to a special format. The formats of activity within which an appropriate license will be required include:

However, in most cases, to register a company in Estonia, an entrepreneur does not need to draw up any such papers or certificates.

Can the founder of the company hold the status of the sole director and sole member of the board of the Company in Estonia?

In accordance with the current laws of the country, foreign citizens registering a company in the country can become the only directors and sole members of the board. At the same time, taxes in Estonia do not in any way affect the number of people responsible for managing the corporation. The amount of state fees remains unchanged.

Every person who wishes to realize such an opportunity must designate a local contact person for receiving official correspondence from Estonian state municipal structures. At the same time, a company in Estonia with a single director will exist on a fully legal basis.

Watch for changes in the program

You have successfully subscribed to updates in program "Estonia - Registration of Tax Free Companies". In case of changes in the program, all information will be sent to
Please fill in all the required fields and try again
Something went wrong. Please try again. 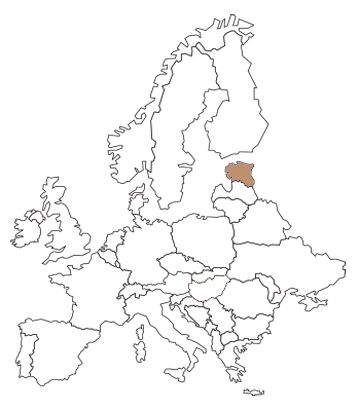 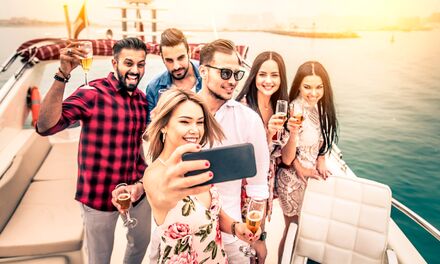 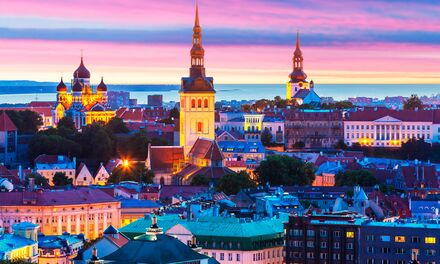 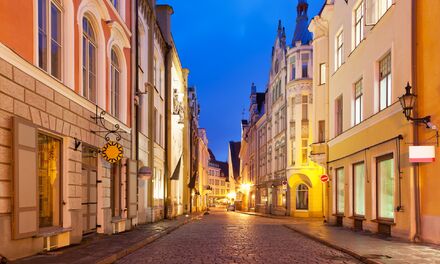 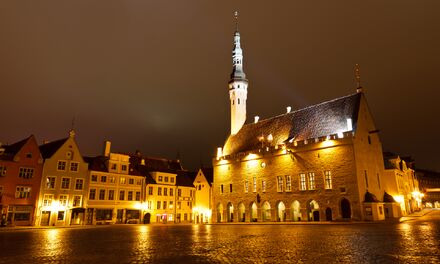 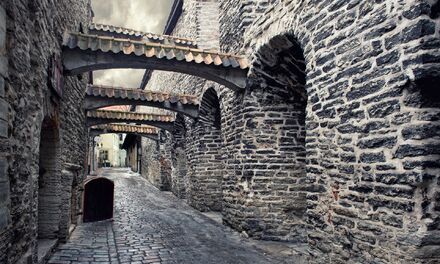 Calculate the cost of the program

We will contact you when all calculations are ready
Please fill in all the required fields and try again
Something went wrong. Please try again.